From the Blog
Does Hypnosis Wear Off? 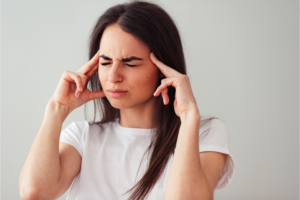 How Long Do The Benefits of Hypnosis Last?

I had a new client tell me that the effects of Hypnosis wear off. He was very matter-of-fact about it but it surprised me.

It surprised me mostly because I added Hypnosis to my practice because I’ve found it so effective at helping people (including me!) make lasting positive changes. In fact, I told him I wouldn’t use it in my practice if it didn’t.

But he does bring up a good point.

Every now and then I’ll see a client who felt the effects of Hypnosis work for a while, but then after a few months or so, it didn’t. For example, one client quit smoking for 6 months but then went back to it.

There’s a very good reason for this and it’s referred to as secondary gain.

Secondary gain is a medical term that means a person has a hidden reason (often unconscious) for holding onto a negative behavior or condition.

An example: I had a client who came to me to quit smoking. She became a nonsmoker for 6 months and then went back to it. She thought the reason she started smoking again was because it was a way for her to relax, socialize with friends, and manage her stress. We did a Hypnosis technique and she was surprised to realize smoking connected her to her mother who had passed away. Her mother had been a chain smoker for most her life and when my client smoked, she felt connected to her mother.

A good reason to smoke, right? (Though probably not something her mother would want for her daughter.)

Using Hypnosis, the client came up with new ways to feel connected to her mom without needing to smoke. Happy ending: she’s been a nonsmoker going on 3 years.

Think of some behavior or condition you want to change. Come up with a list of 10 reasons to keep doing the negative behavior or staying in the negative condition. This will help you consciously think about possible secondary gains.

Need more guidance to find out what might be going on unconsciously?  Book a virtual appointment no matter where you are in the world.

Burned out by an all-consuming job, Deborah Flanagan found balance and peace through the healing arts — and now she's helping others do the same.

You can find out more about which cookies we are using or switch them off in settings.

This website uses cookies so that we can provide you with the best user experience possible. Cookie information is stored in your browser and performs functions such as recognising you when you return to our website and helping our team to understand which sections of the website you find most interesting and useful.

Strictly Necessary Cookie should be enabled at all times so that we can save your preferences for cookie settings.

If you disable this cookie, we will not be able to save your preferences. This means that every time you visit this website you will need to enable or disable cookies again.

This website uses Google Analytics to collect anonymous information such as the number of visitors to the site, and the most popular pages.

Please enable Strictly Necessary Cookies first so that we can save your preferences!